Poema a Fumetti, or Poem Strip in English, is Italian novelist Dino Buzzati's graphic masterpiece; it tells the story of singer Orfi and his quest to reclaim his girlfriend Eura after she disappears through a small door into a mansion on their street, the via Saterna, that isn't located on any maps. Loosely based on the myth of Orpheus, Buzzati's graphic novel is in many ways the first of its kind—it is literally an illustrated novel roughly the physical size of an average hardcover that traces Orfi's decent down into the mansion. Poema a Fumetti was entirely written and drawn by Buzzati himself, and features beautiful, surreal cityscapes and even more beautiful nude women (a healthy sampling of both are pictured below), clearly drawing on influences from Fellini and de Chirico. There are a bevy of weird characters and scenes, particularly a talking jacket among them, as Orfi navigates the netherworld looking for Eura. Buzzati's work remains standing as a perfect sampling from the height of 1960's Italian avant-garde art and literature. Originally published by Arnoldo Mondadori Editore, Poema a Fumetti was most recently republished in English by NYRB Classics in 2009 and is well worth the quick, bizarre read. 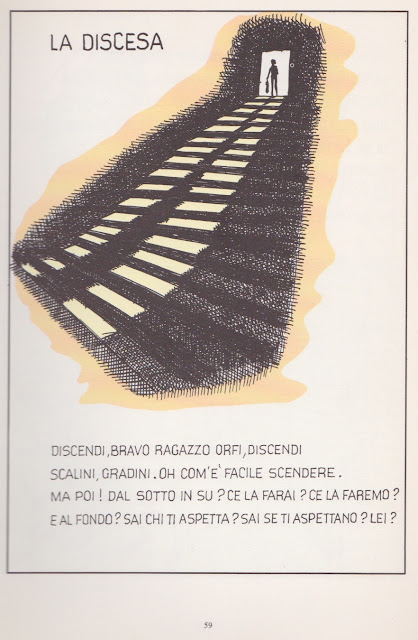 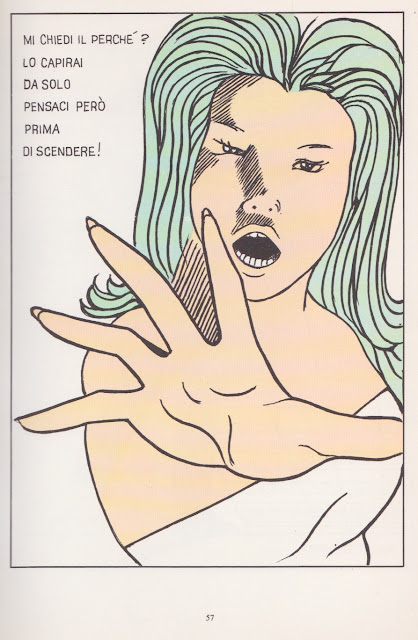 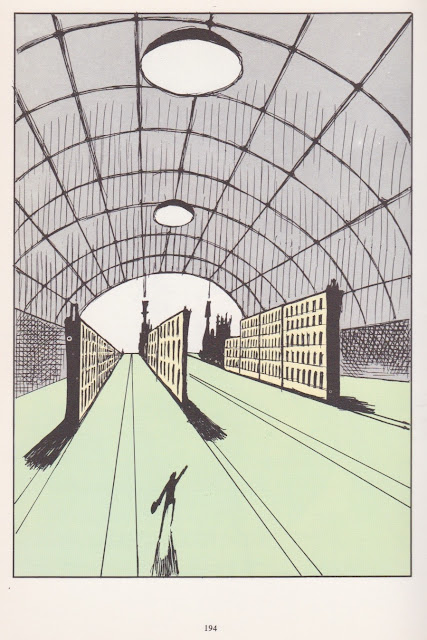 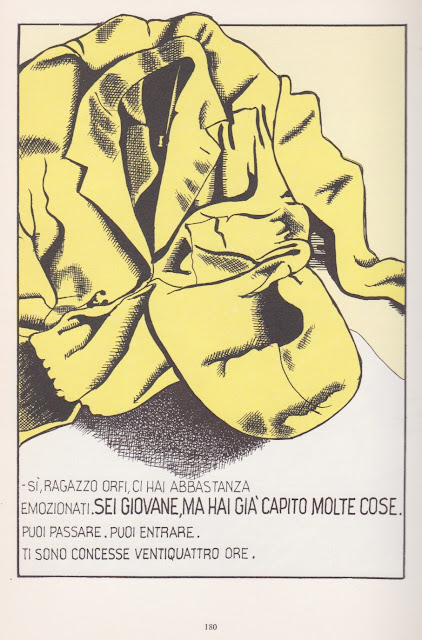 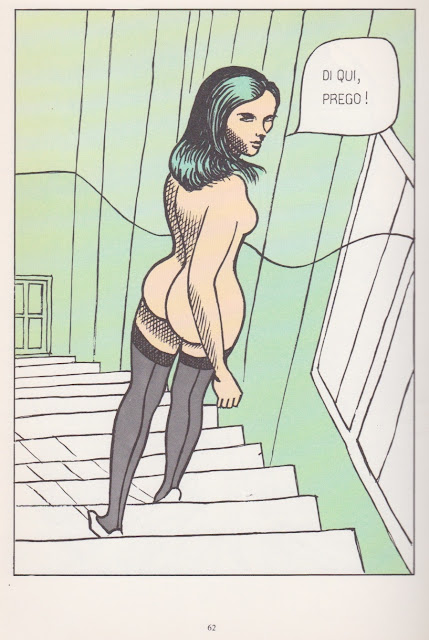 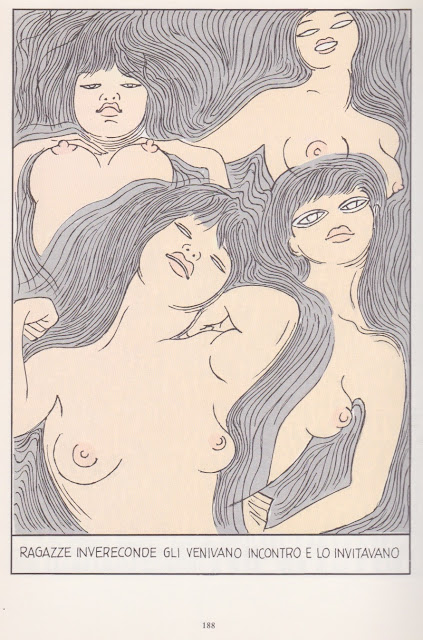 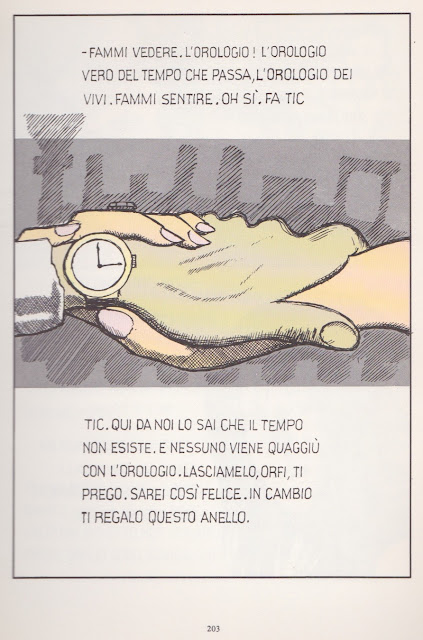